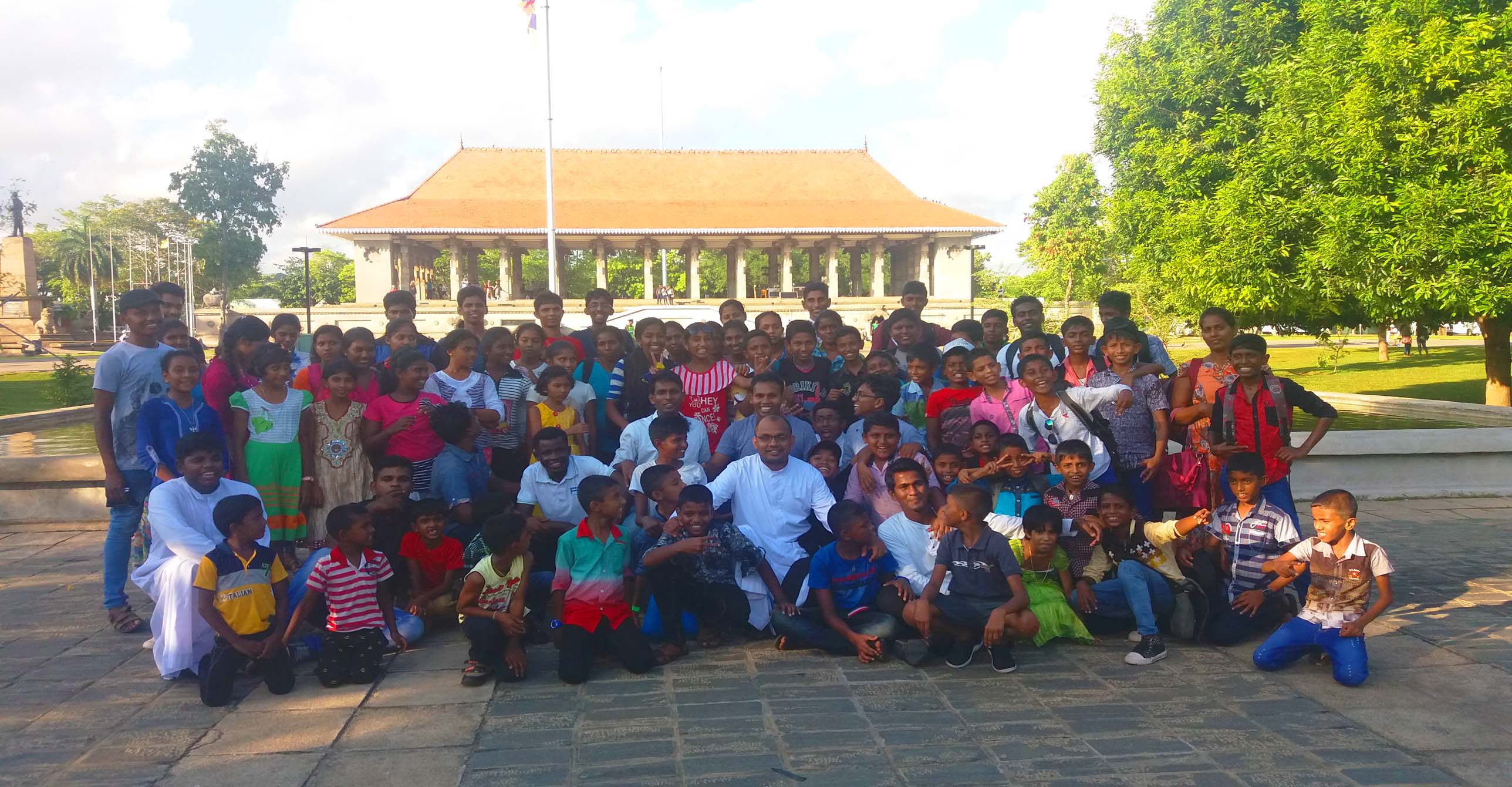 The closure of our Sunday oratories 2016-2017 was marked by the educational tour that we had on Saturday 17th June 2017 in Colombo with our children of Maizeland oratory and house oratory (Kotadeniyawa). Children of our Sunday oratories, salesian brothers from Kotadeniyawa, Fr. Susith Milroy sdb, some parents and animators participated in that educational tour. All together we were 84 people divided into two busses. We had the opportunity of visiting three wonderful places: Dehiwala national zoo, planetarium and Independence square. It is a tradition of our Institute Don Bosco-Chinthanaloka to organize every year an outing with children of our oratories for their entertainment, discovery, and education; this time we went to visit different groups of animals at Dehiwala-national zoo: carnivorous, herbivorous, reptiles, aquatic animals, fish, etc. During break time, the children were happy to learn a famous African song “Jambo Bwana”. In the afternoon, we watched stars and other astronomical phenomena at planetarium so that our school children may get an idea of our Universe. In the evening, we visited Colombo-Independence square and the museum. Afterwards, we returned joyfully home and the children thanked Don Bosco-Kotadeniyawa, especially Fr. Rector Thomas Ellicherail sdb, Fr. Susith Milroy sdb and all salesian brothers of Kotadeniyawa. The opening of oratories for next academic year will be in September.
Bro. Faustin Bahati sdb
Congolese, salesian in Sri Lanka.